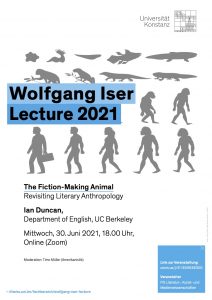 Representations board member Ian Duncan will give the 2021 Wolfgang Iser lecture on June 30, 2021 (9:00am PDT). The talk, entitled “The Fiction-Making Animal: Revisiting Literary Anthropology,” will be streamed over Zoom here.

Professor Duncan is the author of “Natural Histories of Form: Charles Darwin’s Aesthetic Science” (Representations 151, 2020) and “George Eliot’s Science Fiction” (Representations 125, 2014). His most recent book, Human Forms: The Novel in the Age of Evolution, came out in 2019.

In response to recent and ongoing events in Israel and Palestine, Representations board member Samera Esmeir has written about the resistance to defeat and persistence for Open Democracy. Her essay, “The Palestinians and the Struggle of the Dispossessed,” chronicles the continuous fight against dispossession by Palestinians against Israeli dispossession.

For another way of historically contextualizing the contemporary resistance to settler colonialism in Palestine in affective and literary terms, see Nouri Gana’s essay in Representations 143, “Afteraffect: Arabic Literature and Affective Politics,” which “discusses the politics of affect in post-1967 Arabic literary and cultural production.”

Samera Esmeir is also the editor of Critical Times. Find the most recent issue here.

Reflections on Gendered Struggles and Feminist Scholarship in the Humanities On October 3, 2020, UC Berkeley celebrated the 150th anniversary of admitting women as undergraduate students. The 150 Years of Women at Berkeley History Project has responded to Chancellor Carol Christ’s call to “convert this anniversary into a lasting archive” by documenting the struggles and achievements of students, faculty, and staff since 1872 — from the earliest days of “co-education,” to the “gender revolution” of the sixties and seventies, and beyond.

To join in the commemoration, the Townsend Center presents An Ongoing Revolution: Reflections on Gendered Struggles and Feminist Scholarship in the Humanities. Faculty members representing Comparative Literature, English, East Asian Languages & Cultures, History of Art, Music, and Spanish & Portuguese gather for a discussion of the role and experience of women at Berkeley, asking such questions as, how have departmental and disciplinary cultures changed over the years? How have issues of gender and feminism been brought to bear on scholarship and teaching? What has been the changing relationship between political battles in the streets and research in the academy? Whose stories have we lost track of as institutional life continues to transform? What fights are still to come?

Catherine Gallagher is Ida May and William J. Eggers Professor Emerita in the Department of English, and co-chair of the 150 Years of Women at Berkeley History Project. A long-standing board member of Representations, she is the author of a number of articles, including “The Politics of Culture and the Debate over Representation” (Representations 5), “George Eliot: Immanent Victorian” (Representations 90), and “The Formalism of Military History” (Representations 104).

Darcy Grimaldo Grigsby is the Richard and Rhoda Goldman Distinguished Professor in the Arts and Humanities and winner of the Clark Prize for Excellence in Arts Writing. A former board member of Representations, her essays “Rumor, Contagion, and Colonization in Gros’s Plague-Stricken of Jaffa (1804)” (Representations 51), “Patina, Painting, and Portentous Somethings” (Representations 78), and “Negative-Positive Truths” (Representations 113) have appeared in the journal.

Francine Masiello is Sidney and Margaret Ancker Professor Emerita in the Departments of Comparative Literature and Spanish & Portuguese.

Proust, Photography, and the Time of Life Through an engagement with the philosophies of Marcel Proust’s contemporaries Félix Ravaisson, Henri Bergson, and Georg Simmel, author Suzanne Guerlac (French) presents an original reading of Proust’s magnum opus, Remembrance of Things Past (A la recherche du temps perdu). Challenging traditional interpretations, Guerlac argues in Proust, Photography, and the Time of Life (Bloomsbury, 2020) that Proust’s novel is not a melancholic text, but one that records the dynamic time of change and the complex vitality of the real.

Situating Proust’s novel within a modernism of money, and broadening her analysis through the exploration of visual technologies and cultural developments of the period — including commercial photography, photojournalism, and pornography — Guerlac reveals that Proust’s true subject is the adventure of living in time, on both the individual and the social level, at a concrete historical moment.

Guerlac is joined by Representations board member Damon Young (French and Film & Media). After a brief discussion, they respond to questions from the audience.

Katrina Dodson on the Art of Translation
Writing and Thinking in Two Languages
ART OF WRITING
Tuesday, Mar 9, 2021 4:00 pm 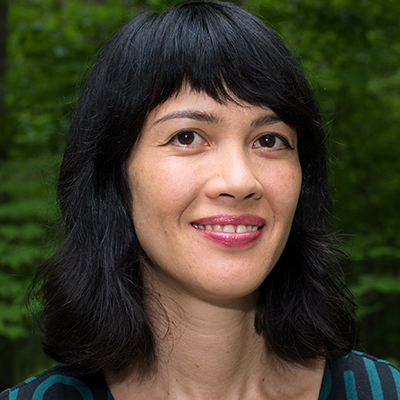 Katrina Dodson will be in conversation with Representations author Kathryn Crim on the art of translation.

“To think and write beyond our own experience is a necessary transgression if we are to expand our understanding of the world,” Katrina Dodson writes of her approach to translating the work of Brazilian writer Clarice Lispector. “To translate the stories, I had to perform a double incarnation, to inhabit Clarice inhabiting her various characters.”

For her translation from the Portuguese of Lispector’s Complete Stories, Dodson won the 2016 PEN Translation Prize, the American Translators Association Lewis Galantière Prize, and a Northern California Book Award.

Translating Lispector became a quasi-religious endeavor for Dodson, who pinned a photograph of the author above her desk to help her channel her subject. “I did my best to divine where Clarice’s significant distortions of language lay and how I might convey them faithfully, to use a fraught term for translators,” Dodson writes in an essay in The Believer. “Yet we know there is no such thing as a perfect translation—the pieces that make up different languages never correspond exactly. In the end, it’s someone’s grubby fingerprints all over the Word of another, no matter how much the translator wants to let the spirit take over and speak through her. Translation is interpretation.”

Dodson holds a PhD in comparative literature from UC Berkeley and teaches translation at Columbia University. She is currently adapting her Lispector translation journal into a book, and translating the 1928 Brazilian modernist classic Macunaíma: The Hero with No Character by Mário de Andrade.

She talks with Kathryn Crim, who recently completed her PhD in comparative literature at UC Berkeley with a dissertation on “Fit and Counterfeit: The Emergence of a Documentary Aesthetic.”

For more on translation from Representations, see Haun Saussy’s “Death and Translation” from Issue 94, Spring 2006. 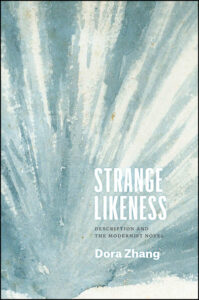 A Berkeley Conversation held on April 29, 2020, and available now online

Literature and the Arts in Times of Crisis

Literature and the arts have always had a prominent place in defining who we are as human beings and in making life worth living. This is all the more apparent in times of crisis, such as the one we have been living in. Join prominent Berkeley faculty members from Music, Art History, and English as they share their insights into what makes literature and the arts so critically important to us now. The panelists:

Darcy Grimaldo Grigsby, UC Berkeley’s Goldman Distinguished Professor in the Arts and Humanities, specializes in 18th- through early 20th-century French and American art and visual and material culture, particularly in relation to the politics of race and colonialism. Grigsby writes on painting, sculpture, photography and engineering as well as the relationships among reproductive media and new technologies from the 18th to the early 20th centuries. Her essay on Antoine-Jean Gros’s painting Bonaparte Visiting the Plague-Stricken of Jaffa, which she discusses in this conversation, was published in Representations 51.

Mark Danner is a writer and reporter who for three decades has written on politics and foreign affairs, focusing on war and conflict. He has covered, among many other stories, wars and political conflict in Central America, Haiti, the Balkans, Iraq and the Middle East, and, most recently, the story of torture during the War on Terror. Danner holds the Class of 1961 Endowed Chair in Journalism and English at UC Berkeley and was for many years James Clarke Chace Professor of Foreign Affairs and the Humanities at Bard College.

Nicholas Mathew, a professor in UC Berkeley’s Department of Music, has focused on music and politics in the eighteenth and nineteenth centuries: the place of music in political institutions, the role of music in public life, and the ways in which music produces social attachments and collective identity – as well as issues of political appropriation, subversion, musical trashiness, and political kitsch. Mathew is a member of the Representations editorial board. With Mary Ann Smart, he co-edited the special forum Quirk Historicism (Representations 132), for which the two wrote Elephants in the Music Room: The Future of Quirk Historicism.

Moderator Anthony J. Cascardi is the Dean of Arts and Humanities at UC Berkeley.

The discussion is part of a live, online video series, Berkeley Conversations: COVID-19, featuring Berkeley scholars from a range of disciplines. Evangelical Gothic: The English Novel and the Religious War on Virtue from Wesley to Dracula James Eli Adams calls Christopher Herbert‘s new book “powerfully original,” offering “a foundational and provocative revisionary account of one of the central narratives of modern British cultural history: the ‘moral revolution’ associated with the rise of evangelicalism in the eighteenth century.” This contribution from a major literary critic incorporates a revised excerpt from Herbert’s 2002 Representations article “Vampire Religion.“